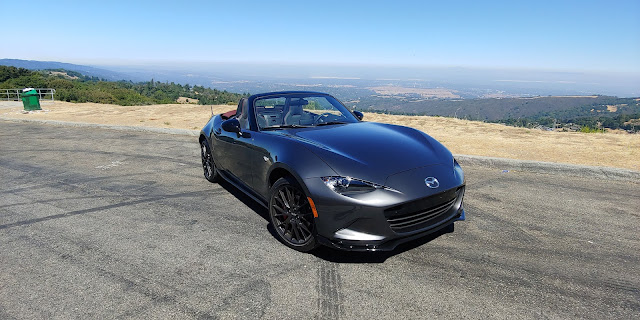 This is a long-term purchase, so it brings my "different, interesting, fully-depreciated cars every year" experiment to a premature close. I always knew I would end up in a Miata, I just didn't realize it would be quite so soon.

I love the Miata. I drove my first Miata in 1991 at a dealer in Chesapeake Bay. It was love at first drive. But it wasn't until 8 years later that I could afford one -- a lightly used 1997 in Montego blue. I kept that car for 11 years. I still miss it. So it was inevitable that I'd be in a Miata again someday. And when Mazda announced the new, fourth generation of the Miata (the "ND" version to enthusiasts) for the 2016 model year, I nearly ordered the "launch edition" off the boat. Since then, nearly every car critic who has written about the ND Miata has rhapsodized about it. In fact, by car reviewer consensus, the ND Miata probably ranks as best all-around, affordable sports car on the market today.

I bought this 2018 Mazda MX-5 Miata because (1) all my objections were addressed and (2) Mazda was blowing out the last 2018 model year cars.

Two things about the ND have put me off. First, no heated leather seats in the "Club" trim soft-top. Seats gotta be heated, if you are going to happily drive top down in all seasons in SF. And seats gotta be leather, because the cloth seats stay wet when you forget to put the top up in the evening. And it's gotta be the Club trim package, because that's the only one offering the limited-slip differential. Then, for the 2018 model year, Mazda offered a Club trim package with Recaro seats (heated leather!).

So, thing one addressed.

Then Mazda started blowing out the 2018 model year Miatas. Why? Because there's a new engine for the 2019 model year, promising more horsepower. So Mazda reasonably concluded that buyers were likely to wait for the new cars, leaving Mazda with a bunch of 2018s sitting on the lots. Unless big discounts! And, based on early reviews on the new engine, I didn't really think I'd notice much difference. Most of those extra horsepower only show up near the redline, which is not where I spend much time.

Now, all else equal, I would rather have the new 2019 Miata, with the bigger engine, in Soul red, with the new GT-S trim package (all the options, including the limited slip-diff). But, since Mazda was offering deals at 20% below sticker price on the 2018 Miatas, things were not all equal.  So, I bought one (2018 Club, Machine Grey Metallic with Cherry top, BBS/Brembo/Recaro, for you ND Miata nerds).

And yes, I still love the Miata. Driving this one feels like coming home. 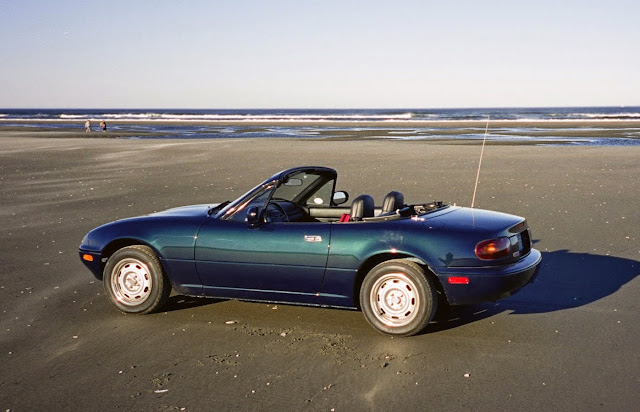