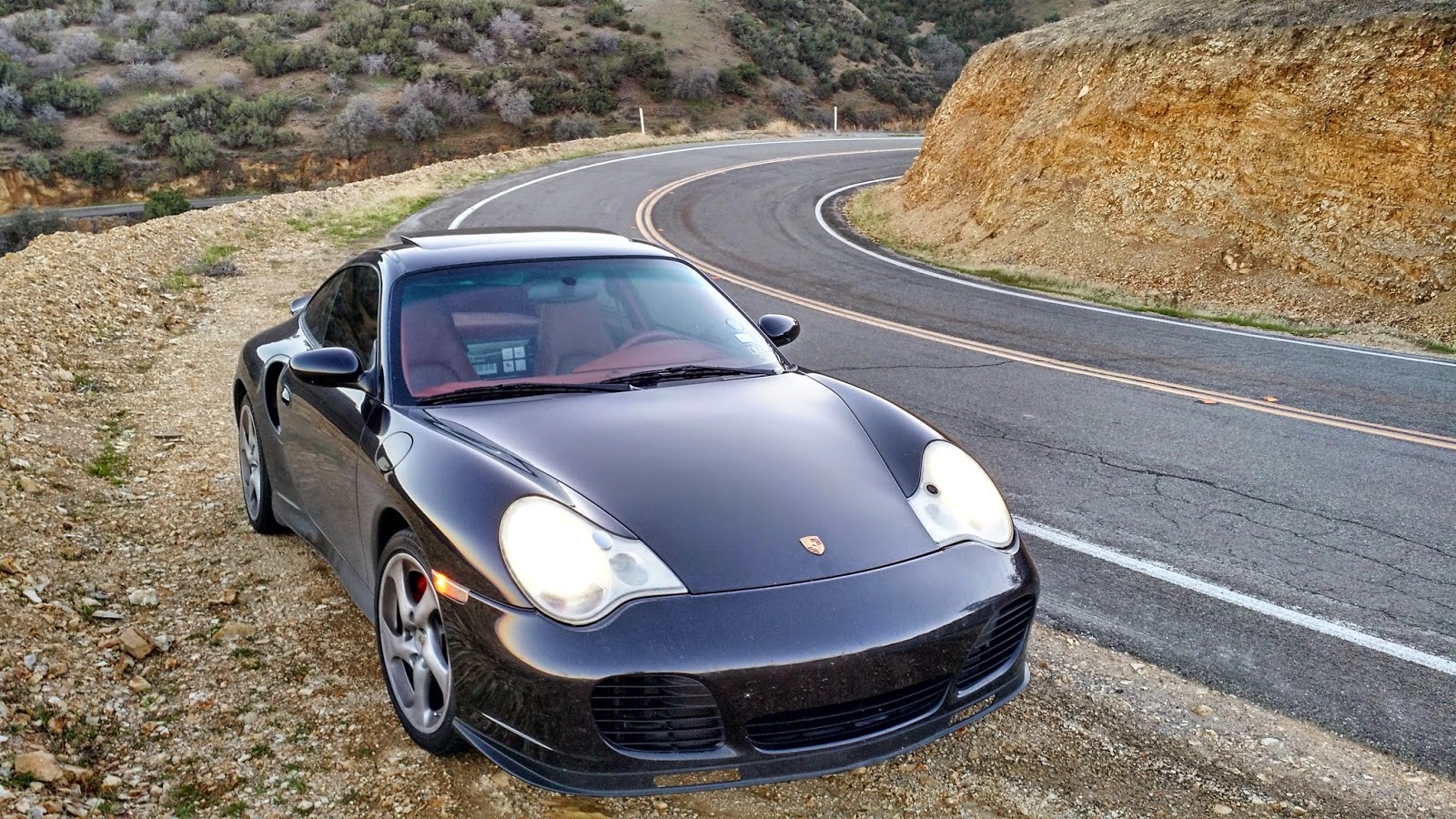 So, why start with a 911 turbo? Well, it meets the requirements -- the 911 is a classic car enthusiast's car, and this vintage is currently at or near the bottom of its depreciation curve. It also checks all the boxes of a modern high performance sports car (420 horsepower, 0-60mph in less than 5 seconds, all-wheel-drive). In other words, it's a good representative of car that is catnip to a particular kind of modern, high performance, sports car enthusiast.

That said, part of the reason this car is affordable is that Porsche enthusiasts love to complain about this vintage of the 911. They complain about the interior dashboard layout. They complain that the engine is water-cooled. They don't like that it shares about 80% of its parts with the Boxster. And they really, really hate the headlights ("looks like a Boxster"). And even though most of their mechanical complaints are aimed at the non-turbo 996 (just type "996 IMS failure" into a search engine), that complaining is enough to keep the price down on the turbo version, as well.

The other great thing about a 911 is the amazing Porsche community online. Forums like Rennlist.com make it so much easier to own a car like this, since you have a resource for advice on every conceivable aspect of the car.

Why this particular 911 turbo? First of all, the 2002 is the "sweet spot" for the 996tt, in my opinion, for three reasons: (1) cup holders (none on earlier years); (2) simpler stereo, making it easy to add aux/bluetooth with a $15 cable (later years went to a proprietary fiber-optic harness that is reportedly a beast to update); and (3) glove box (none on earlier years). And, well, I've always loved the black-over-red color combination, ever since Mazda put it on the 1993 limited edition Miata. So when I found a 996tt in that color scheme on eBay, that was enticing. This car has 50k miles on it, 4 previous owners, and reasonably complete maintenance record going back to 2007. The mileage seemed right -- less then 5,000/year, without any big periods of non-driving. The records also show that the car had a mfr. warranty when purchased, so you can be pretty sure that it went to the dealer for anything that rattled wrong or sounded funny. Good enough for me.

Before committing, I had a complete pre-purchase inspection ("PPI") done at RAC Performance in Dallas, a noted local independent Porsche servicing & tuning shop. The PPI turned up about $3,000 of maintenance that the car needed (clutch accumulator, rear shocks, center radiator), that RAC did and the seller agreed to pay for.

So, after I also added an oil change and brake fluid change, and checked the status of the collapsible spare tire in the frunk, I was ready to fly down and drive it from Dallas back to San Francisco!