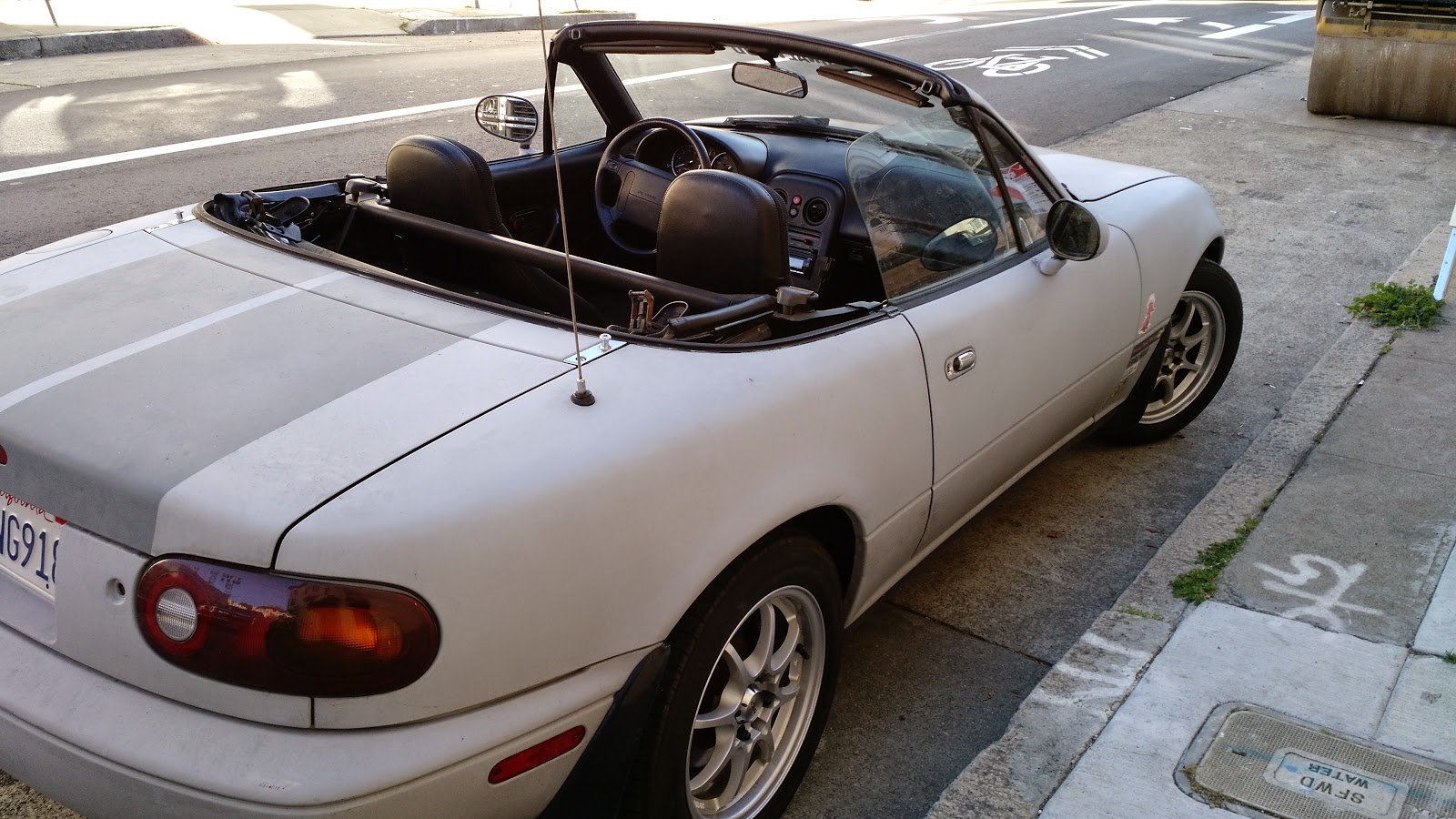 One thing about owning an interesting car is that you can swap with friends or coworkers for other interesting cars. My first swap was for my friend Todd's 1995 Miata.

Now you might think I got the short end here, swapping a 13-year-old 911 Turbo for a 20-year-old, first-generation Miata (known as the "NA" Miata to Miata nerds). You would be wrong, for several reasons. First, I owned a 1997 Miata for 10 years, and I loved it. There is perhaps no more perfect car to drive under 50 miles per hour on a pretty road on a sunny day. Second, my Porsche had a bit of an "incident" that made it less fun for Todd while he had it. (More about that in a future post.) 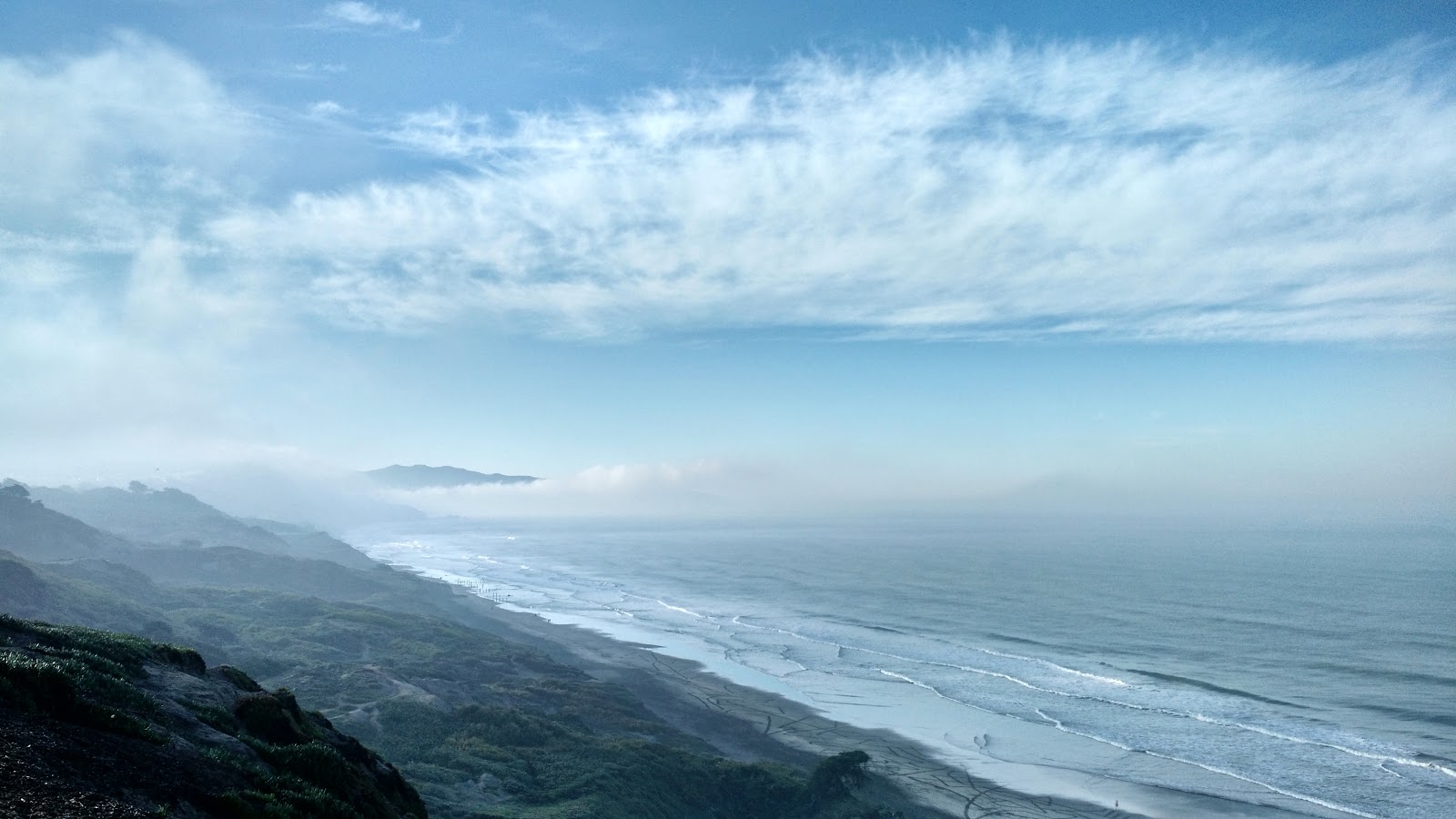 When you have a Miata, and it's sunny, you go for a drive. So, on a Saturday morning, I started my drive from Fort Funston in San Francisco, down to Pacifica, up to Skyline Boulevard, and then a stop at Alice's Restaurant for breakfast. Alice's is a regular stop for motorcycle and car enthusiasts, and I saw a new Porsche GT3, an Audi RS8, and Nissan GT-R tucked amidst a bunch of GTIs and Corvettes.

From there, down highway 84 to San Gregorio, south on Stage Road (what a beautiful, green, twisty, country road, perfect for 3rd gear in a Miata) to Pescadero, then back up to San Francisco on the legendary Highway 1, aka PCH, aka Pacific Coast Highway. Which, by that point in the day, had burned off its fog. Fantastic. Total time, including breakfast at Alice's: 8a - 2p.

Todd's Miata, which is completely stock and now over 20 years old, is a testament to the virtues of simplicity and lightness. There's very little that can go wrong, since the car predates all the fancy engine computers and electronics in more modern cars. And since the car is so light, it's a joy to drive, fun into and out of corners ("tossable," as they say). The shifter is still perfect, the engine eager. Of course, it still has the same drawbacks that I recall so well from my Miata -- a shortage of power and unpleasant at speeds over 50 mph. There is a reason that auto enthusiasts dream of a Miata with 200 hp, rather than the 124 hp that it came with. (The forthcoming fourth-gen "ND" 2016 Miata might be closer to that dream, with 155 hp).