A Tale of Two Radios... and a Speaker 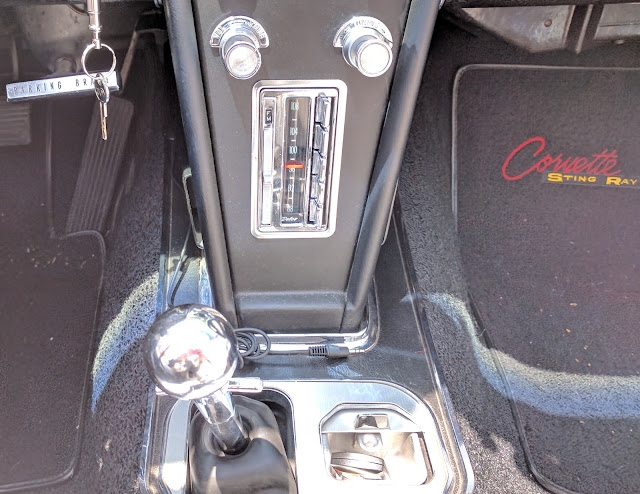 The one that came in mine, however, suffered from a malady common to these 50+ year old electronics -- a very noisy volume knob. This is the result of the gradual corrosion of the contact tracks inside the potentiometer. I thought momentarily about replacing the whole unit with a modern reproduction (old cosmetics on the outside, modern electronics on the inside), but in light of the price  and just plain old fondness for originality, I thought the better of it.

So how exactly to restore a 50+ year old car radio? I thought about trying to do it myself, but rapidly 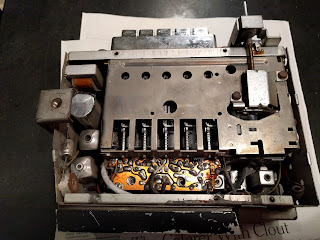 decided that it would better done by an expert. Turns out, there are several such experts out there. But the best appeared to be Jerry Rudbeck at ElectroDesign. His extremely helpful website makes it clear that he really knows his stuff.

Unfortunately, Jerry is not taking any more radios for restoration. Fortunately, he was willing to take my radio in as one of his last projects. Unfortunately, my radio was damaged in shipping (my fault for not taking Jerry's commands about careful packaging to heart). Fortunately, I was able to source another one from eBay that, according to Jerry's encyclopedic knowledge of these Delco radios, was manufactured just weeks after the original radio I sent.

Jerry set to work restoring my radio, scavenging parts from the donor radio, replacing capacitors and transistors, repairing a transformer and the tuner shaft, and replacing the dial lamp, among other things. Fantastic work from someone who really knows these radios.

After re-installing the radio, I discovered that the speaker (mono, located at the top of the dash), was also shot (couldn't hear that earlier, what with the noisy volume control). Thanks again to Jerry's website, I knew that these speakers are special 10 ohm units that require 1.5 DC across the speaker terminals. The place to get the right replacement is Classic Car Speakers. Relying on lots of helpful posts on Corvette Forum, I was able to remove the old speaker and replace it.

So, after an odyssey involving two radios and a new speaker, things once again sound as they did in 1965. It wasn't cheap ($290 for the restoration, $345 for the donor radio, $80 for the speaker), and the audio quality isn't much by modern audio standards, but it's all "correct" for this car!