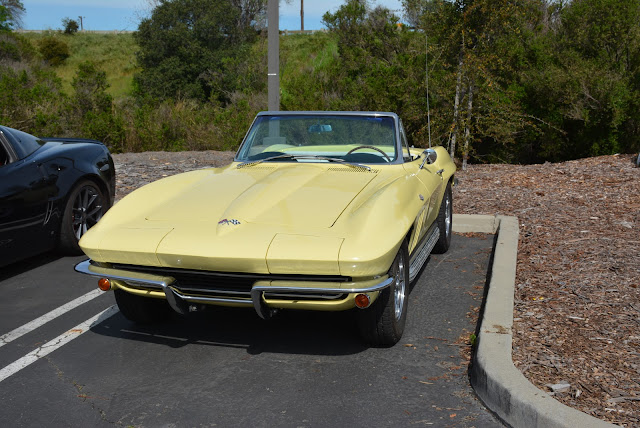 Well, as I neared 3,000 miles of driving the Corvette, it was time to think about an oil change. But the thing about owning a classic car is that if you're going in for maintenance, it's an opportunity to do other things that you've been meaning to fix or update or improve. At least, that's the case for me.

So, first off, tires. The Corvette came to me with tires with plenty of tread, but the datestamp on them says they're 12 years old. The general advice, however, is to replace tires after 10 years, irrespective of tread wear. So, I figured it was a good time to change the tires. So now it wears a new set of BF Goodrich Advantage T/A radials (215/70/R15).

Second, the heater. The heater in the car was not working when it came to me. The fan works just fine, as does the switchgear on the dash that controls the fans and vents. But the air never got hot. So, it looked like a new heater core was in order, and that's a relatively big job in this Corvette, so that's another thing to fix. (Now that it's fixed, I'm surprised how useful the heater is when it's chilly out with the top down! Worth it!)

Third, the parking brake. By all accounts, the design of the parking brake on the C2 Corvettes wasn't the greatest, and these often loosen over time, such that the brake alone won't hold the car on any kind of incline. Of course, you can (and should) always leave the car in gear when parked, which makes this less of a pressing issue. But still, it seems to me that having the parking brake properly adjusted is a good thing. This, however, is another pretty involved operation, so best left to the experts.

Fourth, the radiator. Since I got the car, I've been battling an overheating issue. Previous efforts had mostly addressed the issue, but I still found that it could overheat (the acid test was an hour-long drive, followed by sitting at idle in traffic for 30 minutes or more). Given how common being stuck in traffic is here in Northern California, I figured a radiator upgrade would help put my mind at ease. The radiator in there when I got it was a 10-year-old unit from DeWitt, which is well-known for their great Corvette replica radiators. As it happens, DeWitt also makes a Corvette radiator with an integrated electric fan, which Pat at Precision Motive recommended, since my overheating problems only manifest in stop-and-go traffic, which means it's an air flow, not a radiator cooling capacity issue.

Fifth, they found that the left front brake caliper was leaking, so that was fixed. (The right front caliper was replaced just before I got the car, so basically all new front brakes now.)

And, finally, a new set of windshield wiper blades.