Another mention in Jalopnik... 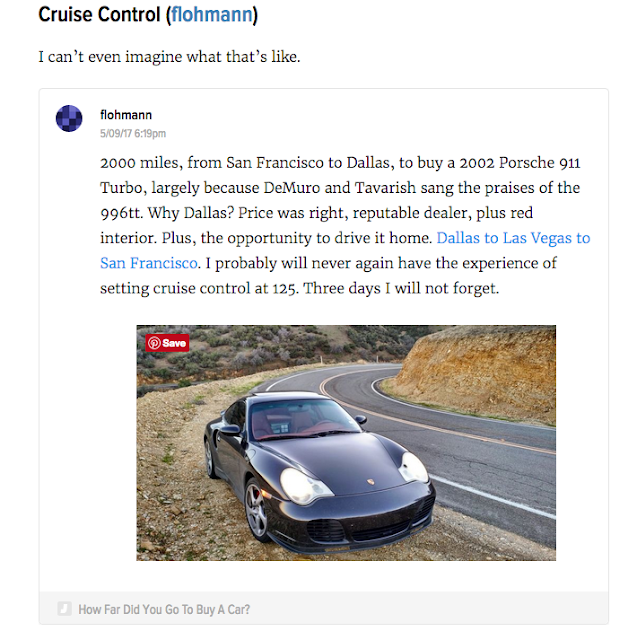 I managed to get a comment pulled up into the subsequent roundup article (Here's the Furthest You've Ever Gone to Buy a Car). But I'm still not a car guy. :-)
996tt