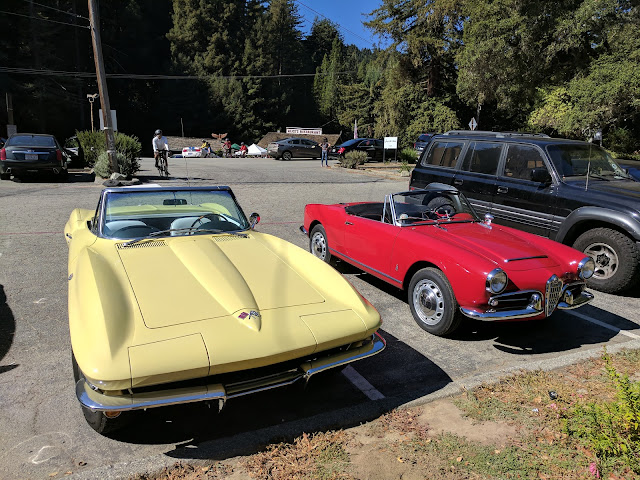 "Trans won't shift into gear when hot at a stop, must turn off engine or get car rolling to get into gear." I used more words to describe the problem to Pat Hedrix (midyear Corvette whisperer and owner of Precison Motive, who I trust for all my maintenance). But his invoice boiled it down to the essence. It was an intermittent issue, and not a problem so long as I left the shifter in first when at a stop, so I was still able to drive it over to his shop one morning.

The problem? Well, here's how Pat put it on the invoice: "pilot bushing fell out of crank". Easy enough to fix. While he was in there, he noted that the clutch looks like it still has plenty of life. I also had him convert the oil filter to a modern spin-on type, fix a pesky window vent handle, tweak the alignment, and get the car detailed. Total cost: $1,190.

The good news is that the shifter now feels better than ever. And the repair eliminated the shifter rattling that I previously had at high rpms (very common trait of the Muncie transmissions, apparently).
C2