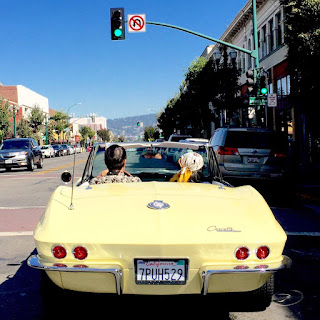 Well, the time has come to sell the Corvette, which I've already kept for two years beyond my "one year" rule. So it's time to take care of the final little maintenance items.

First up, the steering coupler. It was worn when I got the car, and my trusty Corvette specialist, Pat Hendrix, has been mentioning it to me. It was never a safety risk, but better to tidy it up with a replacement.

Second, while we're in there, I wanted to raise the electric radiator fan trigger temperature from 180 to 195. The car has no trouble with overheating in regular driving, so no need to run the radiator fan at normal coolant temperature. After the adjustment, the electric fan only kicks in when I'm trapped in traffic after heating the engine up on the highway for a spell. Which is exactly when having the electric fan is handy!

Third, Pat mentioned that there was an oil leak from the oil pan gasket, so I decided to fix that, too.

It all ended up a bit more expensive than I'd intended, but it's worth it to have the car in "nothing needed" condition for the next owner. I like leaving them better than I found them!
C2