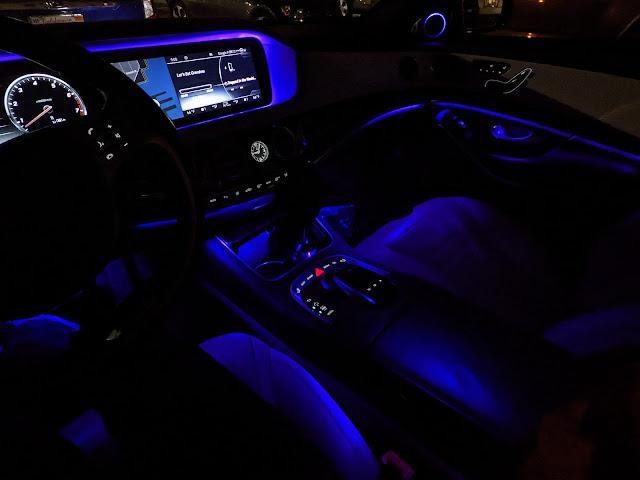 Let's talk about accent lighting. Not the functional stuff: headlights, marker lights, taillights, turn signals. Don't get me wrong, those are all nice, too. But Mercedes really knocked it out of the park on the accent lighting. So much so, that I'd say this car really looks its best at night.

When the W222 generation of S Class cars came out in 2014, Mercedes bragged that it was the first production car to have zero incandescent bulbs. Every light is a LED. Not such a big deal in 2022, but unprecedented in 2014, apparently. They not only went LED everywhere, they took the opportunity to really up their entire accent lighting game at the same time: