My Porsche 911 Turbo Gets Sold Yet Again 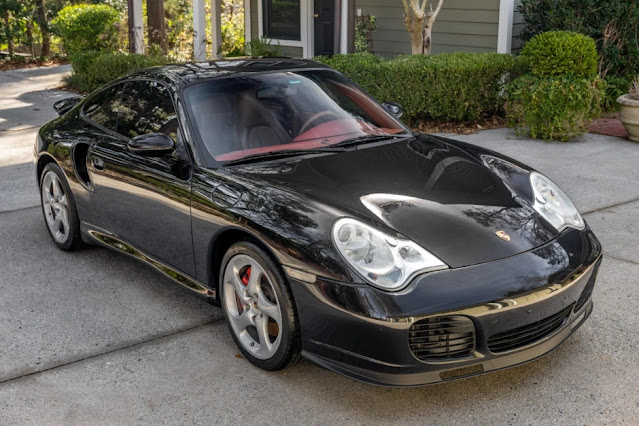 I'm sure the price is partly due to the general insane run-up in car prices (plus, Porsche has currently halted all new car production as a result of the war in Ukraine). Also, part of the run-up is because this era of 911 Turbo has been criminally undervalued for many years, mostly due to the weaknesses of the non-turbo versions from the same era, which have a different and problematic engine.

Nevertheless, I predict this one continues to appreciate. The older it gets, the lower the mileage will seem (since none of the owners appear to put many additional miles on the car; the car has only added 7,000 miles in the past 6 years). And the more time passes, the more people will value the car's "analog" qualities (hydraulic steering, manual gearbox, smaller size, fewer electronic nannies). Plus, the red interior is both rare and a wonderful match for the black exterior.

I'm honored to have been its custodian for a brief time. I sure can't afford it now!